Bleb morphology is an important clinical parameter as an indicator for bleb function. Imaging techniques like ultrasound biomicroscopy (UBM) and optical coherence tomography (OCT) have been used to study bleb morphology(1).

Advantages of  AS-OCT are that it produces higher resolution images with non-invasive and non contact approach(2,3).

There have been limited studies that have used imaging to identify features of blebs early in their development after trabeculectomy , that may predict success of these blebs in the long term using imaging techniques like AS-OCT.

All consenting patients who were  diagnosed to have Primary open angle glaucoma or Primary angle closure glaucoma or Secondary glaucoma and  who underwent trabeculectomy surgery were included in the study.

Study design: It was a  Prospective cohort study

Study duration: Enrolment of patients was done over a period of twelve months  and they were followed up at 1,3 ,6 months after surgery.

All blebs were imaged by AS‑OCT (Optovue) using a standardized protocol. Patients were asked to look      down, and the upper lid was gently elevated to expose the bleb as much as possible, taking care to avoid exerting any pressure on the globe or bleb. Vertical scans were taken through the bleb and scan at the   maximum point of elevation on the bleb was used to assess the parameters. 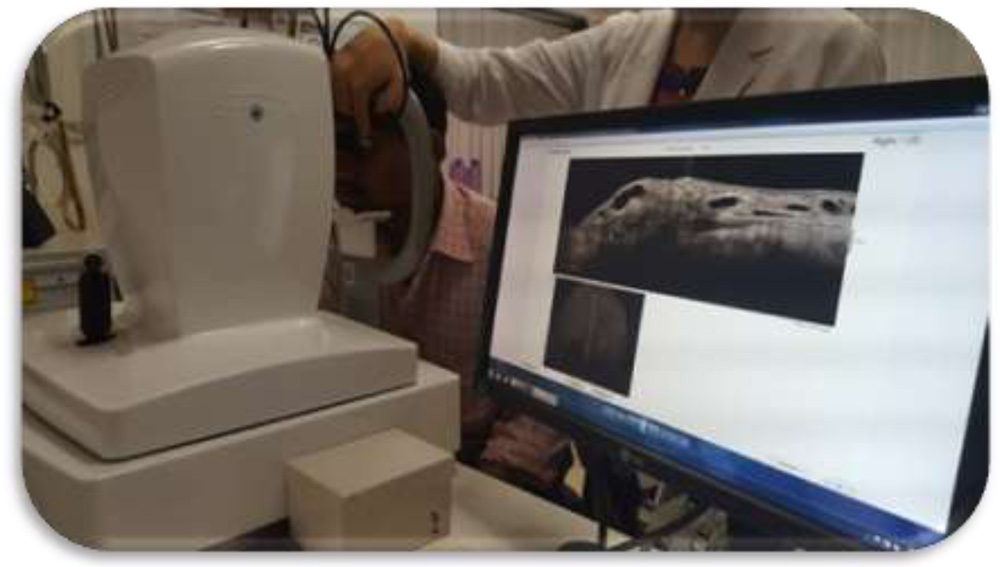 In uniform reflectivity there were no fluid filled hyporeflective spaces in the subconjunctival space. It was seen as smooth, hyperreflective wall.

In multiform reflective wall there was presence of small multiple fluid filled spaces seen as hyporeflective areas in the conjunctiva or bleb wall.

2.Bleb wall thickness-It is defined as the distance between the first reflective signal from the conjunctiva to the top of the subconjunctival fluid space, or the suprascleral fluid space if the former is not present.

As bleb wall thickness may vary along the scan, only the minimum distance was measured.

a) Cystic blebs were composed of a large subconjunctival hyporeflective space with multiloculated fluid collections of varying size and intensity. The blebs were covered by a thin layer of conjunctiva. 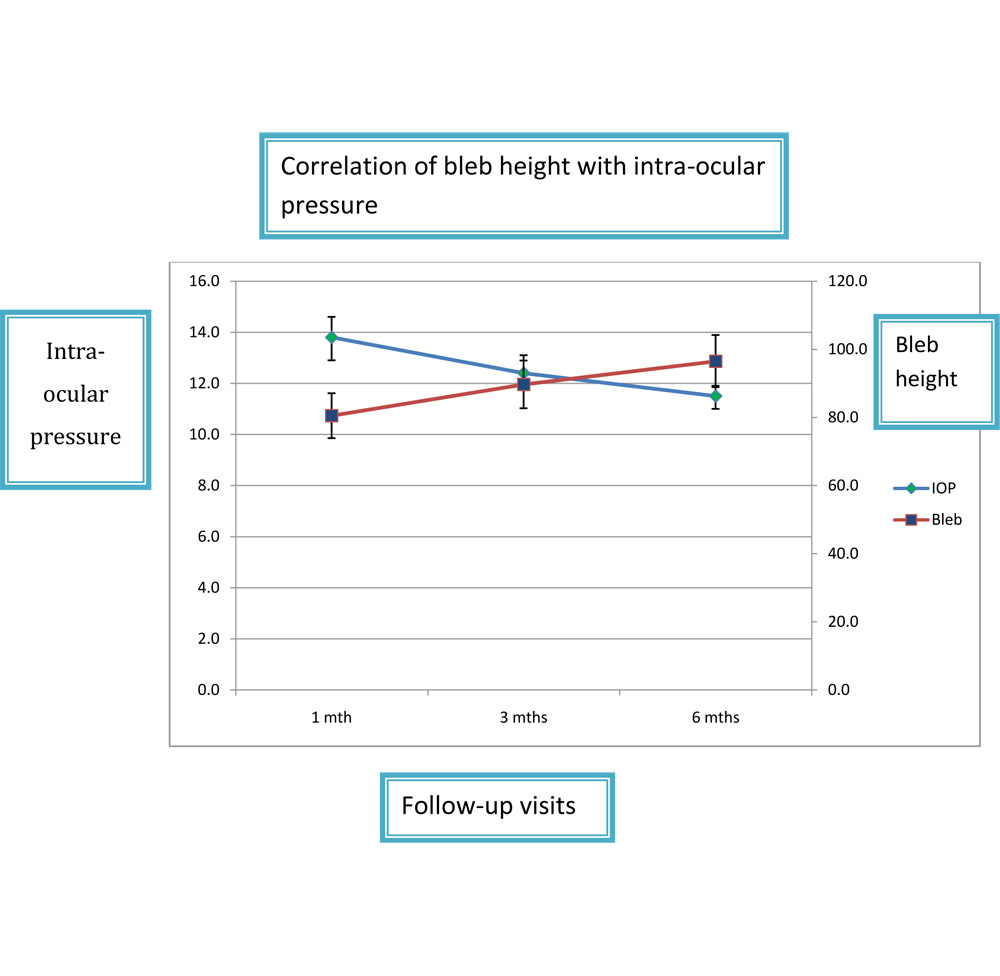 Also, in 15 of our patients, change in bleb pattern from multiform to uniform was noted with rise in IOP during follow-ups. Intervention in terms of 5-Flourouracil injection was done and reversal of reflectivity was noted with better control of IOP.

Also,  internal bleb morphology visualised on AS- OCT provide a new perspective towards understanding the different surgical outcomes after trabeculectomy.

Observation of bleb by  AS-OCT is a useful way to proceed any intervention after trabeculectomy.

AS-OCT can be used as an efficient tool to decide on managing a bleb successfully, by identifying the AS-OCT picture for different stages of bleb healing. Eg- identifying early failure and giving subconjunctival  5-fluorouracil injection which helps in salvaging a failing bleb. Similarly, needling a bleb that is encysting will open up the bleb.