Methods: Retrospective review of charts of consecutive patients who underwent AADI surgery from January 2014 to March 2016 and who had at least 3 months of documented post-op follow-up. These were compared to patients who had undergone AGV surgery.

Glaucoma drainage devices (GDD) have assumed an important role in the treatment of refractory glaucomas. They maybe used either as a primary surgical modality where traditional filtration surgery (trabeculectomy) is known to yield poor results or as a secondary procedure where trabeculectomy with or without adjunctive antimetabolite therapy has failed.The marked rise in the use of GDDs has been validated by the results of Tube Versus Trabeculectomy (TVT) Study1 which demonstrated that patients with prior trabeculectomy have a higher success rate with GDD surgery when compared with trabeculectomy with mitomycin-C.

All modern glaucoma drainage devicesconsist of a tube placed in the anterior chamber which drains the aqueous posteriorly to an equatorial plate.These plates have two designs (Figure 1) – one which may be gated by a valve and the other type does not have valves.The tube of the latter has to be temporarily ligated, or other flow-restriction measures have to be planned, in order to avoid hypotony in the early post-operative period. Slippage of ligature of non-permanent absorbable suture material (e.g.polyglactin) usually occurs in 5-6 weeks, a period in which a thin fibrous capsule forms around the plate, acting as a reservoir, through which aqueous diffuses out passively. Therefore, larger the size of the plate, greater is the diffusion and hence it is hypothesized that a lower target IOP is achievable2.

In the western world, Ahmed Glaucoma Valve (AGV, New World Medical, Cucamonga, CA) and Baerveldt Glaucoma Device (BGD,Abbott Medical Optics, Illinois, USA) have been used widely and have captured most of the market share for the past few decades. AGV is a valved implant whereindrainage is established immediately post implantation; the one-way valve limits the flow to the plate if intra-ocular pressure (IOP) becomes too low.This prevents hypotony, especially in the early post-operative period. BGD on the other hand is a non-valved implant and comes in surface areas of 250 or 350 mm2.

Although AGV is available in India, it is at a substantial cost to the patient. BGD is not available but a prototype of the Baerveldt 350 design, the Aurolab Aqueous Drainage Implant (AADI, Aurolabs, India),has been made available recently and is being indigenously manufactured. It is a low-cost device and which has the potential to break the cost barrier in developing countries like ours in the quest to prevent blindness in glaucomas that are difficult to treat by ordinary means.

This is a retrospective, comparative, interventional study where review of charts of consecutive patients who underwent AADI surgery from January 2014 to March 2016 by a single surgeon (VPR) and who had at least 3 months of documented post-op follow-up, was done. These were then compared to patients who had undergone AGV surgery.

Primary outcome measure was intra-ocular pressure (IOP) and secondary outcome measure was number of anti-glaucoma medication (AGM). Success was defined as IOP ≥ 5 mmHg and ≤ 21 mm Hg with (qualified success) or without (complete success) glaucoma medications, reduction of IOP by ≥ 20% from baseline. Failure was defined as inability to meet IOP criteria, loss of perception of light, loss of 2 lines of visual acuity (VA) or more, explantation of device or any additional glaucoma surgery to reduce IOP.

Both median pre-operative IOP and AGM did not differ between the groups (p = 0.57 and 0.33 respectively).

Complications were encountered in 11 eyes in AADI group (39.3%) and 10 eyes in AGV group (34.5%); however most of these were managed conservatively. Complications that required intervention were 4 in AADI group (hyphaema drainage n=1, choroidal drainage and explantation n=1, choroidal drainage and conjunctival autograft n=1, tube extender for retracted tube n=1). Two patients required interventions for complications in the AGV group (hyphaema drainage n=1, irido-zonulo-hyaloido-vitrectomy for aqueous misdirection n=1).

AADI is a new non-valved implant that is indigenously manufactured. It is therefore available at a reduced cost, when compared to AGV.

In the only study reporting efficacy of AADI in the intermediate term, Puthuran et al 3 reported 97% success rate at 18 months. This is somewhat higher than our success rate and is perhaps a reflection of a difference in the criteria of success, as defined in each study, specially with regards to VA. Two of 3 patients who were considered failures, in the AADI group in our study, were due to loss of VA by 2 lines, even though they were controlled on IOP criterion. Thus the adjusted rate of success is 96.4%, which reflects that of Puthuran et al. Profile of post-operative complications of AADI too appeared to be similar – choroidal detachment (n = 3), tube retraction (n = 1) and corneal decompensation (n = 3), though we did not encounter any of the latter.

There are several studies originating in India, which have reported outcomes of AGV in Indian eyes. Das et al4 reported approximately 85% success rate at 1 year and 88% was reported by Parihar et al 5 which is higher than the success rate of AGV in our study.

There are two largemulticenter, randomized controlled trials comparing AGV and BGD. The Ahmed Baerveldt Comparison (ABC) study6 at the end of 5 years concluded that both GDDs are capable of substantially reducing IOP from baseline values. However, success rates were higher with BGD and patients not only achieved a statistically significant lower IOP but also a trend toward statistical significance for reduced need for anti-glaucoma medication (AGM) compared to AGV. Complication rates and the risk of hypotony were greater for the Baerveldt implant than for the Ahmed implant. The Ahmed versus Baerveldt (AVB) study7 also demonstrated that both devices were effective in lowering IOP, but the BGD group had a lower failure rate and required fewer AGM after 3 years. ABC study found no difference in failure rate between groups, whereas AVB found less so with Baerveldt. However, both studies showed BGD group to have more serious complications.

Our study found that in comparison to AGV, the indigenously manufactured, non-valved implant AADI produced a significantly lower IOP at every visit post-operatively after 6 weeks, needed fewer anti-glaucoma medications at every visit post-operatively after 6 weeks. It had a significantly higher success rate and but similar complication rates; however, it required more interventions for the same. These results are similar to the ABC and AVB studies.

A unique feature of GDDs is the occurrence of hypertensive phase, analogous to the encysted bleb that occurs post trabeculectomy. In this phase there is failure of IOP control, usually in the first few weeks, due to excessive encapsulation of the bleb around the plate, as it becomes thick-walled, tense and increases in height (Figure 1). It is reported to be around 40-80% with AGV and 20-30% with Baerveldt 8,9,10. This difference is hypothesized to be due to immediate aqueous filtration in AGV along with inflammatory factors which may stimulate a fibrotic response in the subconjunctival space;on the other hand, delayed flow due to ligature in a non-valved implant, may elicit a less aggressive fibrous reaction. Such a difference in the rate of hypertensive phase was demonstrable in our study too.Aqueous suppression in AGV in the early post-operative period has the potential to thwart this phase11.

There are several limitations of the study – a retrospective study design inherently has limitations. Number of patients in each group are also limited, as only those patients with at least a 3-month documented follow-up were included. This may have introduced a bias, offset somewhat by inclusion of consecutive cases. The follow-up period too is only short-term.

In conclusion, when compared to AGV, indigenously manufactured AADI is capable of achieving lower IOP by week 6 of implantation, with significantly lesser number of medications and this was sustained over the follow-up period, well beyond the first six months.Though the complication rates were similar in both groups, interventions for these were higher in the AADI group. Further follow-up is required to assess its sustainability over longer term, as it will have a tremendous impact in the quest to prevent blindness due to refractory glaucomas in developing countries due to its potential in overcoming the cost barrier.

2.Heuer DK, Lloyd MA, Abrams DA,etal Which is better? One or two? A randomized clinical trial of single-plate (134 mm2) versus double-plate (268 mm2) Molteno implantation for glaucomas in aphakia and pseudophakia. Ophthalmology 1992;99:1512–1519. 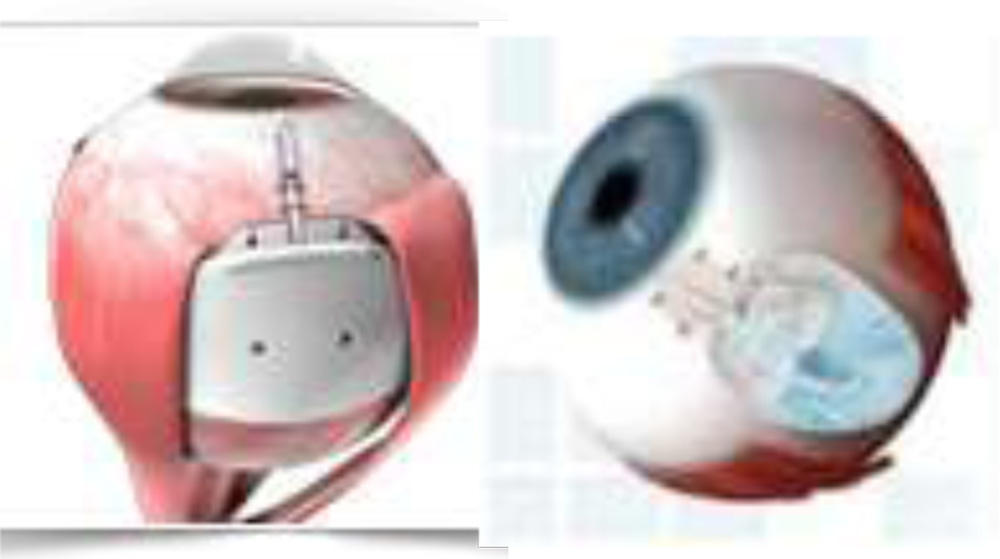 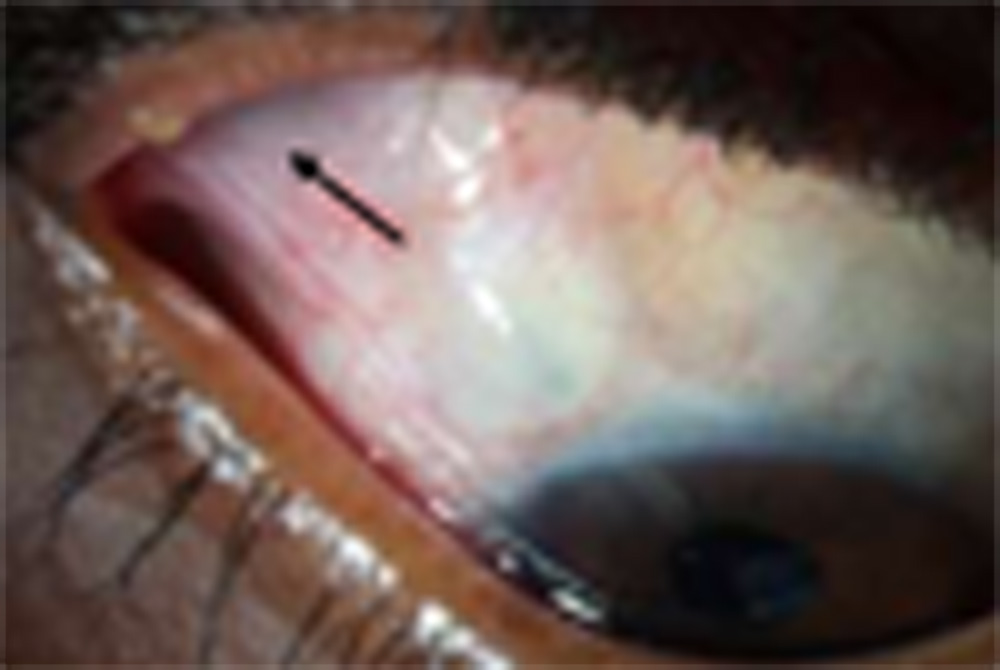