Purpose:To assess the correlation of vessel density on OCT angiography with visual fields.

Conclusions:The structure in terms of vessel density appears to correlate with function in terms of visual fields in glaucomatous eyes.

This was a prospective, cross sectional observational study conducted at tertiary eye care centre in south India. The Institute’s Ethics Committee approved the study; informed consent obtained from all participants.

Subjects who had media opacities, which affected the quality of tests, or any ocular or neurological disease other than glaucoma, which could confound the evaluation, were excluded.

OCTA image from the radial peripapillary capillaries (RPC) layer of ONH was used for analysis.Percentage area occupied by vesselsgives the Vessel density.

Figure 2 b. shows the relationship of vessel density with PSDusing linear regression.

3) Harris A. RechtmanE.Siesky B. et al. The role of optic nerve blood flow in the pathogenesis of glaucoma.OphthalmolClin North Am 2005;18:345-53. 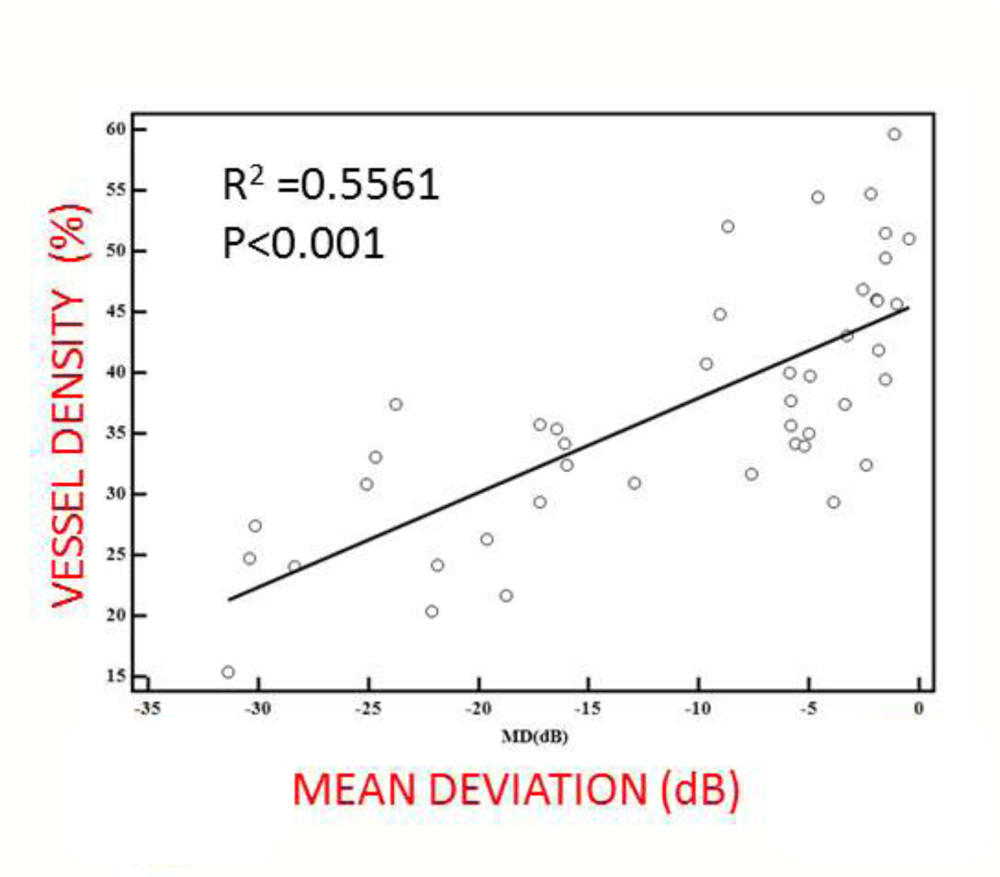 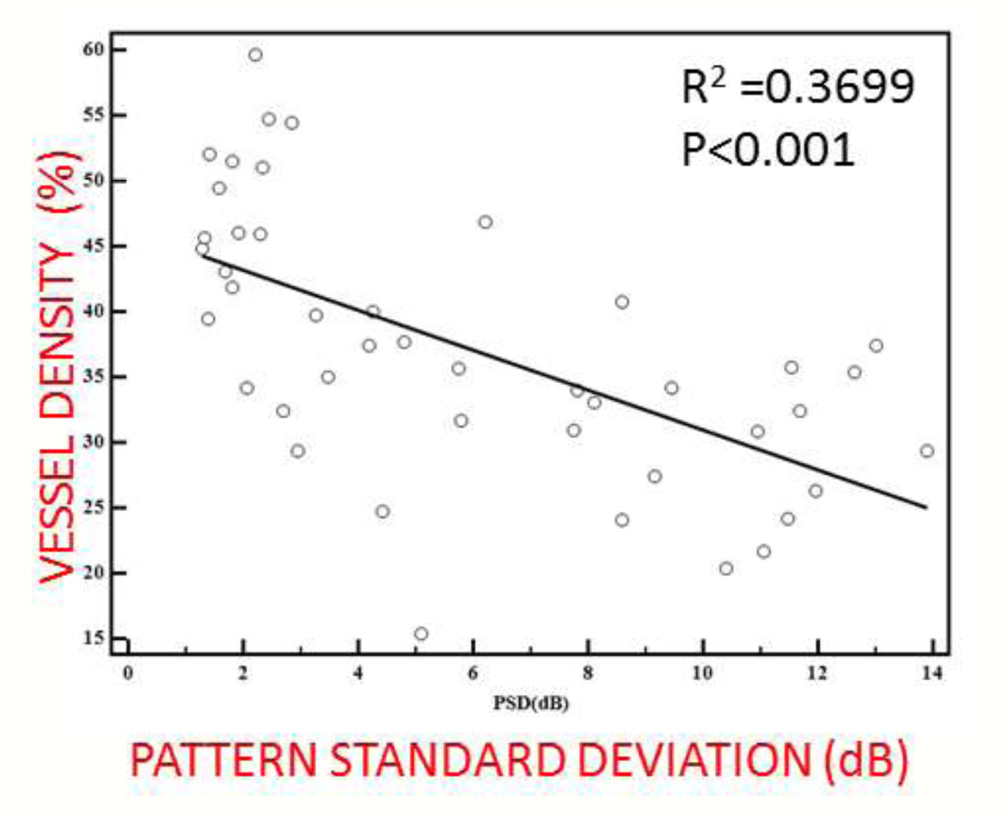